Healthy latrine ownership is one indicators of an ecological and healthy environment. According to WHO, it turns out 12.9% of Indonesia's population who do not have latrines,2.4% billion of the world's population who do not have healthy latrines, with a ratio of seven from ten, mostly of them are river. In Indonesia, goose neck toilets are used 84.4%, with a thickness of 4.8%, with a floor of 3.7%. The purpose of this study was to find out the relationship between Income, Knowledge, Attitudes, and Habits with Healthy Latrine Ownership at Bagan Percut Village in 2019. Research is conducted by using an analytical method with a cross-sectional design plan. The population of this study was the Head of Family at Bagan Percut Village as many as 624 peoples. The sample of this study was part of a population of 86 peoplesthat used simple random sampling. The results obtained by using the chi-Square test showed that there was a relationship between income, Knowledge, Attitudes, and Habits with Healthy Latrine Ownership. It is recommended that community officers to be more creative in providing health education with regarding to healthy latrines, for example by using a trigger method with used a tool in the form of transmission posters of diseases caused by human feces and did direct observations in places where people are used to defecation openly. 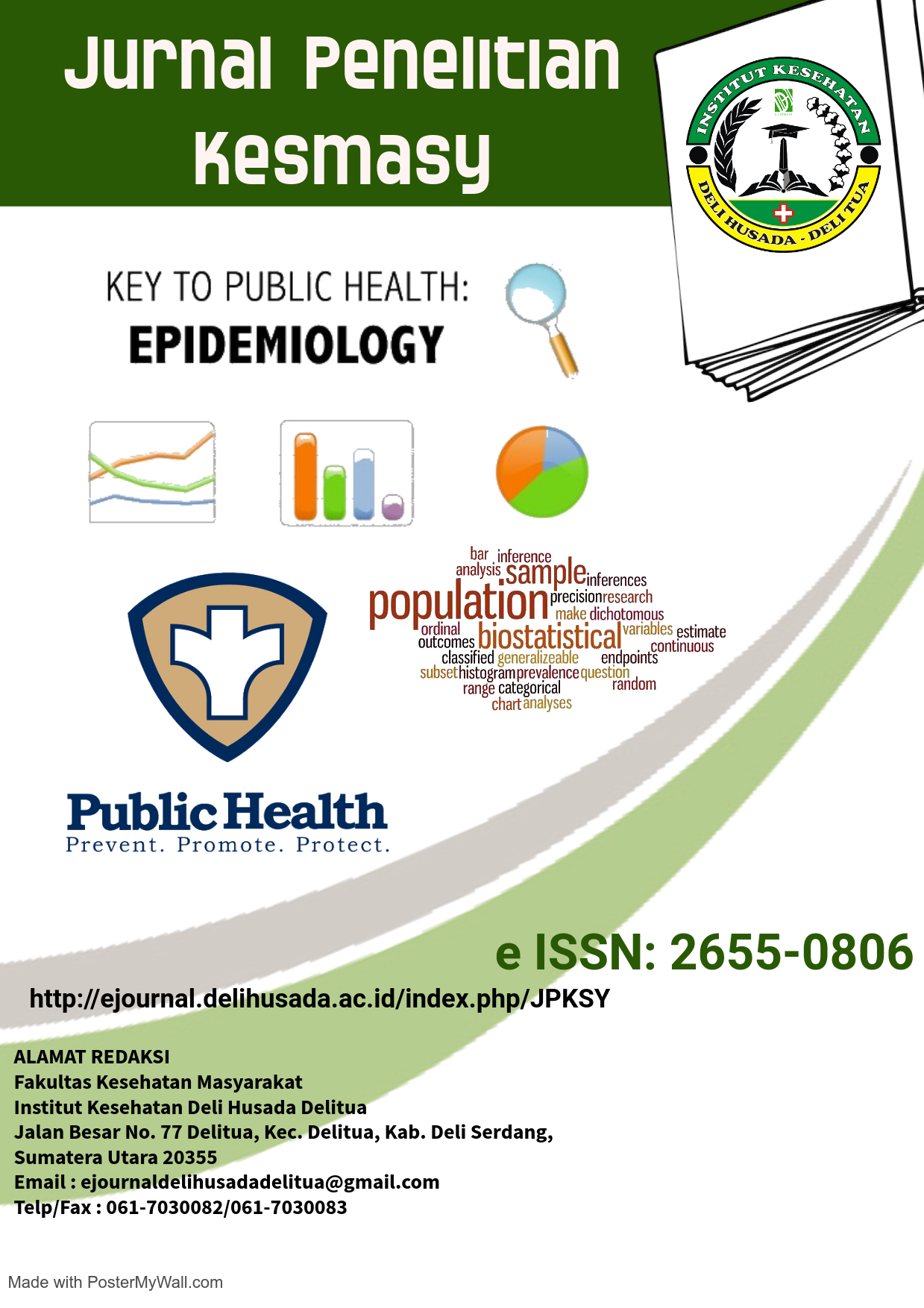